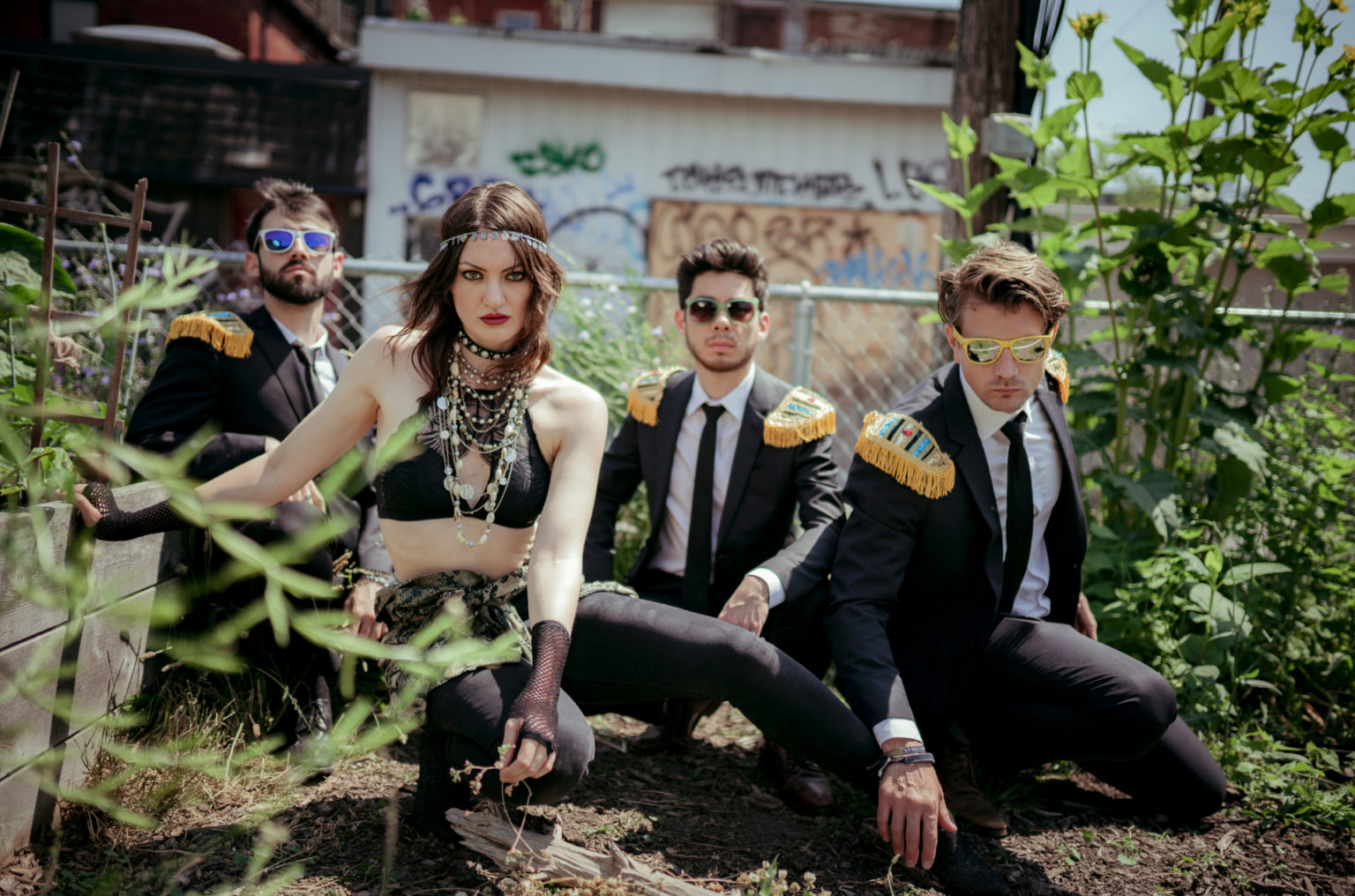 Watch “A Bullet in Tomorrow (Official)” via YouTube Here

The looming questions that plague us all: what do we want for tomorrow? And what happens when today flips over? Canadian rock outfit Neon Bloom seek that same sentiment on their new dark and disco-esque offering, “A Bullet In Tomorrow.”

An uptempo, electronica-fused rock anthem exploring the macabre uncertainty of what tomorrow may bring, the song arrives from their recent sophomore EP, Still Life. In it, the Toronto-based group lushly score an undeniable truth behind an undeniable groove, and the result is non-fiction prose on possibility — or lack thereof.

“Lyrically, it’s meant to question the type of future we want to live in,” the band explains, adding it was largely inspired by the pandemic, the effects of overconsumption, our treatment of animals and our planet, and the consequences of this behaviour.

“The song is meant to encourage listeners to question their role as responsible co-habitants of an interconnected planet with finite resources,” they continue. “It encourages listeners to consider what sort of future they’re willing to work toward.”

Their recently released EP Still Life also features “Novocaine,” “Tangerine,” and “Our Faces,” and follows their 2018 debut, First Fever. Written near the beginning of the COVID-19 pandemic, Neon Bloom had to adapt their creative process for the four-track offering. “Like many other bands, we were unable to see each other, practice, or play shows,” they share. “We wrote and recorded from our individual homes, and sent clips of ideas back and forth.

“We eventually pieced the songs together in a way that was very different from our usual in-person songwriting sessions; for ‘A Bullet in Tomorrow,’ specifically, Fred and Simon switched roles and came up with the initial musical melody that way.”

Much like the songwriting, even the production on the track and album came differently than the band’s previous efforts; “A Bullet in Tomorrow” focused on building and tweaking layers of loops, rather than recording full, or long takes of the song.

Plus… Listeners are offered an additional treat at the end of the drop. “There’s an underlying ambient sample playing at the end,” the band confesses. “It’s an audio recording from Fred’s younger sister’s house party. We felt it helps to compliment the party-vibe at the end.”

If carpe diem reminds us to seize the day, then Neon Bloom is here to incentivize us to put “A Bullet in Tomorrow”…

All while we dance. Genius.

“A Bullet in Tomorrow” and Still Life are available now!

We would like to thank Eric Alper for the press release and artist profile.